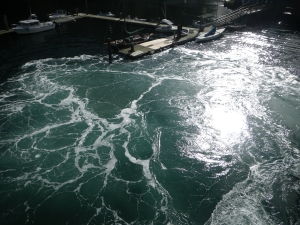 When Jabin king of Hazor heard of this, he sent word to Jobab king of Madon, to the kings of Shimron and Akshaph, and to the northern kings who were in the mountains, in the Arabah south of Kinnereth, in the western foothills and in Naphoth Dor on the west; to the Canaanites in the east and west; to the Amorites, Hittites, Perizzites and Jebusites in the hill country; and to the Hivites below Hermon in the region of Mizpah. They came out with all their troops and a large number of horses and chariots—a huge army, as numerous as the sand on the seashore. All these kings joined forces and made camp together at the Waters of Merom to fight against Israel. The Lord said to Joshua, “Do not be afraid of them, because by this time tomorrow I will hand all of them, slain, over to Israel. You are to hamstring their horses and burn their chariots.” So Joshua and his whole army came against them suddenly at the Waters of Merom and attacked them, and the Lord gave them into the hand of Israel. They defeated them and pursued them all the way to Greater Sidon, to Misrephoth Maim, and to the Valley of Mizpah on the east, until no survivors were left. Joshua did to them as the Lord had directed: He hamstrung their horses and burned their chariots.  – Joshua 11:1-9

This is the first time I remember a water feature being the location of a massacre in the bible. In the past water has always been a means of providing for God’s people. I admit I don’t think I understand what is going on here. Why would God choose to destroy the people of this land? Not only destroy them but decimate their horses and chariots as well. God is treating these occupants like a virus that must be eradicated.

This is the first verse I have encountered that I feel at a loss to understand. C.S. Lewis discussed verses like this. His recommendation was to leave the verse and return to it later. Sometimes we are not in the right place to understand a given verse. This is how I feel about this verse and the seemingly God-sanctioned massacre that it describes. So I have decided to leave it, continuing to pray, and return to it later.

Prayer: God help me to understand this verse and how it fits with the loving God that I know You to be.

1 Response to Massacre at Merom