Decision from the Dew 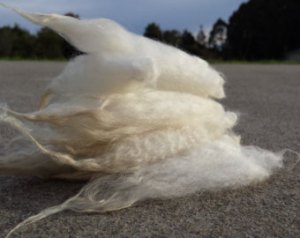 Now all the Midianites, Amalekites and other eastern peoples joined forces and crossed over the Jordan and camped in the Valley of Jezreel. Then the Spirit of the Lord came on Gideon, and he blew a trumpet, summoning the Abiezrites to follow him. He sent messengers throughout Manasseh, calling them to arms, and also into Asher, Zebulun and Naphtali, so that they too went up to meet them. Gideon said to God, “If you will save Israel by my hand as you have promised— look, I will place a wool fleece on the threshing floor. If there is dew only on the fleece and all the ground is dry, then I will know that you will save Israel by my hand, as you said.” And that is what happened. Gideon rose early the next day; he squeezed the fleece and wrung out the dew—a bowlful of water. Then Gideon said to God, “Do not be angry with me. Let me make just one more request. Allow me one more test with the fleece, but this time make the fleece dry and let the ground be covered with dew.” That night God did so. Only the fleece was dry; all the ground was covered with dew. – Judges 6:33-40

“if you will save Israel by my hand”…whatever happened to doing things in God’s name? Gideon is making a deal with God. This seems to be a pattern of people-focused faith that was present in the Song of Deborah in yesterday’s post.

In essence, he is saying to God, You show up in a miraculous way by making this fleece collect dew when no dew collects on anything else and I will trust You to be with me in battle. Oh, and by the way, just for good measure I want You to make the fleece dry and everything else covered with dew the next time. Gideon is a real paragon of trust isn’t he.

The first test, to have the fleece collect dew from the air, is actually not too far off from a scientific perspective. The fine hairs would collect even minute amounts of moisture from the air in the form of dew when the air cooled during the night. The second test would truly have required a suspension of the natural laws. If the air contained enough moisture to deposit dew on the threshing floor it would almost certainly, from a scientific perspective, have deposited water in the form of dew on the fleece.

God showed up and fulfilled Gideon’s odd test. How often do we do something similar with God…put Him to the test I mean…because we don’t really trust Him to show up. I remember once a number of years ago when I was trying to walk in faith and witness to those around me. A friend’s dog was sick and I felt God nudging me to offer to pray for the young woman’s dog. I was conflicted. This young woman was not a Christian and part of me did not trust God to show up and heal her dog. I thought this might harm her faith if I stepped out and trusted God and He decided not to answer the prayer and heal her dog. So I did the safe thing and I did not offer to pray for her dog and settled for praying silently. The dog did not make it, but who knows what would have happened had I offered to publicly pray for the dog with this young woman.

Maybe God would have shown up in an amazing way and maybe His answer would still have been no I cannot heal this dog. Sometimes God just needs us to trust and obey, even when we are afraid of the outcome. We may not get a miraculous fleece for confirmation, and somehow I think God is even happier when we can trust him without the fancy fleece.

Prayer: God You ask us to trust you in big and small ways every day. Help us to faithfully follow You even when we are not sure where You are leading.