Rain on a Dry and Dusty Land 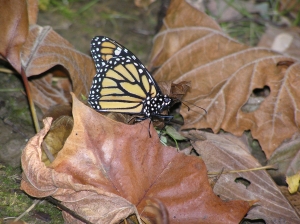 After a long time, in the third year, the word of the Lord came to Elijah: “Go and present yourself to Ahab, and I will send rain on the land.” So Elijah went to present himself to Ahab. Now the famine was severe in Samaria, and Ahab had summoned Obadiah, his palace administrator. (Obadiah was a devout believer in the Lord . While Jezebel was killing off the Lord ’s prophets, Obadiah had taken a hundred prophets and hidden them in two caves, fifty in each, and had supplied them with food and water.) Ahab had said to Obadiah, “Go through the land to all the springs and valleys. Maybe we can find some grass to keep the horses and mules alive so we will not have to kill any of our animals.” So they divided the land they were to cover, Ahab going in one direction and Obadiah in another. – 1 Kings 18:1-6

Merry Christ Mass!  This is the day we celebrate the arrival of God on earth.  I am preparing this post early so that I can spend this day with my family.  I considered “eddying out” for today’s post, but God served up a passage that holds great meaning in the context of what we celebrate at Christmas…the coming of the Messiah…the living water…rain on a dry and dusty land.

The land at the time of Jesus’ arrival in Jerusalem was truly a dry and dusty place spiritually, just like Israel in this passage.  The Jewish leaders were failing to lead their people toward God and they were persecuting the prophets God was sending to get their attention, just like the persecution of Elijah and the other prophets in this passage.  Obadiah is the one faithfully waiting for God to show up by protecting God’s prophets.  He reminds me of Nicodemus in the Gospel of John 3:1.  Nicodemus was part of the “establishment” yet he was searching and seeking for God. He was thirsty for living water and was able and willing to recognize Him when He arrived. 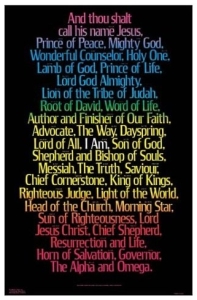 In the beginning was the Word, and the Word was with God, and the Word was God. He was with God in the beginning. Through him all things were made; without him nothing was made that has been made. In him was life, and that life was the light of all mankind. The light shines in the darkness, and the darkness has not overcome it. There was a man sent from God whose name was John. He came as a witness to testify concerning that light, so that through him all might believe. He himself was not the light; he came only as a witness to the light. The true light that gives light to everyone was coming into the world. He was in the world, and though the world was made through him, the world did not recognize him. He came to that which was his own, but his own did not receive him. Yet to all who did receive him, to those who believed in his name, he gave the right to become children of God— children born not of natural descent, nor of human decision or a husband’s will, but born of God. The Word became flesh and made his dwelling among us. We have seen his glory, the glory of the one and only Son, who came from the Father, full of grace and truth. – John 1:1-14

Prayer: God thank you for sending your Son to provide a thirsty people with rain from heaven.