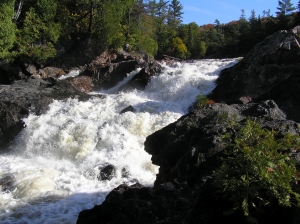 The letter that he took to the king of Israel read: “With this letter I am sending my servant Naaman to you so that you may cure him of his leprosy.”   As soon as the king of Israel read the letter, he tore his robes and said, “Am I God? Can I kill and bring back to life? Why does this fellow send someone to me to be cured of his leprosy? See how he is trying to pick a quarrel with me!”   When Elisha the man of God heard that the king of Israel had torn his robes, he sent him this message: “Why have you torn your robes? Have the man come to me and he will know that there is a prophet in Israel.” So Naaman went with his horses and chariots and stopped at the door of Elisha’s house. Elisha sent a messenger to say to him, “Go, wash yourself seven times in the Jordan, and your flesh will be restored and you will be cleansed.”   But Naaman went away angry and said, “I thought that he would surely come out to me and stand and call on the name of the Lord his God, wave his hand over the spot and cure me of my leprosy. Are not Abana and Pharpar, the rivers of Damascus, better than all the waters of Israel? Couldn’t I wash in them and be cleansed?” So he turned and went off in a rage.   Naaman’s servants went to him and said, “My father, if the prophet had told you to do some great thing, would you not have done it? How much more, then, when he tells you, ‘Wash and be cleansed’!” So he went down and dipped himself in the Jordan seven times, as the man of God had told him, and his flesh was restored and became clean like that of a young boy.   Then Naaman and all his attendants went back to the man of God. He stood before him and said, “Now I know that there is no God in all the world except in Israel. So please accept a gift from your servant.” – 2 Kings 5:6-15

Ahab’s son, Ahaziah, is the current king of of the southern kingdom of Israel in Samaria.  He is an interesting character.  We saw in a passage a few days ago that he is quick to go to war with his neighbors and slow to invite God along.  He seems to have a “God Complex” and is quick to anger.  Naaman, a commander of the army of the king of Aram, was sent with a note asking if the King of Israel could cure him of Leprosy.  When Ahaziah reads the letter he flips out.  His immediate reaction was to tear his robe.  His thoughts were something like: 1) this man expects me to be God; 2) he has come to me personally to be healed; 3) I can’t heal him; 4)  The king of Aram is picking a fight with me.  Ahaziah is a master of self-focus!

When Elisha hears about this exchange he sends a message to Ahaziah and says “Have the man come to me and he will know that there is a prophet in Israel.”.  In essence he was saying you can’t heal him but God can.  He was echoing something that Joseph said to Pharaoh back in Genesis 41: 1-31 – I cannot do it, but God will.  Ahaziah had the first part right (I cannot do it) but really missed the second part (but God will).

Elisha instructs Naaman, through a messenger, to wash seven times in the Jordan River and he will be healed.  It is interesting that Elisha does not go out to meet Naaman as Jesus will later do when he reaches out and heals a leper.  It seems that Naaman was expecting Elisha to come out and meet him personally as he becomes angry when he simply gets a note with instructions from Elisha rather than an immediate “wave of the hand” healing.  Naaman is so angry in fact that he rejects the remedy Elisha has told him will make him clean.  He thinks his own “rivers” (read gods) are just as good for making him clean and he is ready to return home to his rivers and gods.

His servants catch up to him and convince him, by essentially making the argument that he has nothing to loose, to try what Elisha has proposed.  Naaman reluctantly goes down to the river and dipped himself in the Jordan River seven times.  His flesh was immediately restored — “and became clean like that of a young boy”.  I wonder if his spirit was also transformed into that of a child.  It seems that he was at least convinced enough to return to Elisha and say “now I know that there is no God in all the world except in Israel”.  He had found the one river, the great cistern, that was capable of making him clean — on the outside and the inside.

Prayer: God thank You for cleansing our souls and the souls of all who are willing to dip themselves in the “River”.