Resettlement on the River 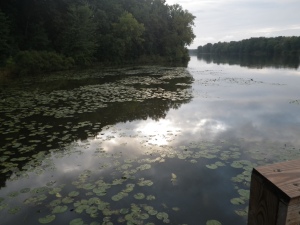 In King Hezekiah’s fourth year, which was the seventh year of Hoshea son of Elah king of Israel, Shalmaneser king of Assyria marched against Samaria and laid siege to it. At the end of three years the Assyrians took it. So Samaria was captured in Hezekiah’s sixth year, which was the ninth year of Hoshea king of Israel. The king of Assyria deported Israel to Assyria and settled them in Halah, in Gozan on the Habor River and in towns of the Medes. This happened because they had not obeyed the Lord their God, but had violated his covenant—all that Moses the servant of the Lord commanded. They neither listened to the commands nor carried them out.   In the fourteenth year of King Hezekiah’s reign, Sennacherib king of Assyria attacked all the fortified cities of Judah and captured them. So Hezekiah king of Judah sent this message to the king of Assyria at Lachish: “I have done wrong. Withdraw from me, and I will pay whatever you demand of me.” The king of Assyria exacted from Hezekiah king of Judah three hundred talents of silver and thirty talents of gold. So Hezekiah gave him all the silver that was found in the temple of the Lord and in the treasuries of the royal palace.   At this time Hezekiah king of Judah stripped off the gold with which he had covered the doors and doorposts of the temple of the Lord , and gave it to the king of Assyria. – 2 Kings 18:9-16

Wow the last several chapters of 2 Kings have been a litany of kings who have been doing wrong in the eyes of the Lord.  Finally we arrive here at King Hezekiah of Samaria and a king who seems to be at least trying to follow God by removing some of the idols and altars to gods other than God.

This seems like a very uncertain and “lost” time for the israelites.  They do not really know who they are because they remain perpetually disconnected from the spring.  I hope this trend turns around soon as I am growing weary of all the kings and the havoc they are inflicting on their people.

I really yearn for the arrival of the true king, but alas that is many books, chapters, and miles of water “down the river”…so I will continue to pray and press on with the confidence that there are more interesting rapids and adventures ahead.

Prayer: When the journey gets long help us to keep on keeping on until we come to the spacious place you have prepared for us.