The Land of Whirring Wings 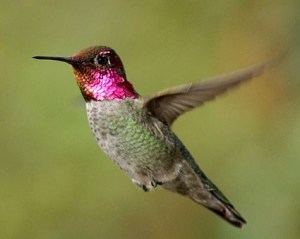 Some have suggested that this passage is a prophetic reference to the United States of America, “sends envoys by sea in papyrus boats over the water…a people tall and smooth-skinned…a people feared far and wide, an aggressive nation of strange speech, whose land is divided by rivers”.  Many of these attributes would certainly fit the present, and past, United States of America, but I think this is a reference to people crossing the Red Sea rather than the great sea to the west.  Like many passages I have “floated past” in Isaiah this passage would seem to have many layers of meaning which may transcend time and space and speak to both past and present God followers.

The description of “the land of whirring wings” is an interesting word picture.  Apparently the Hebrew word translated as “whirring” could also mean buzzing.  So it is not clear if this description is trying to conjure an insect buzzing or a bird flapping its wings.  Either way, it brings to mind a creature frantically beating its wings, or some other appendage, to survive or stay aloft.  This is not a bad description of the modern American culture.  I often feel like our culture is way too fast — unable to slow down long enough to reflect on eternal things.  I am guilty of “whirring wings” at times.  My personality is sort of “full on or full off” so this blog has given me a reason to slow down and stop flapping for at least a short time most days.  God has definitely met me in these times.

The “rivers of Cush” were apparently in what is now Sudan and Ethiopia on the west side of the Red Sea, south of Egypt.  Included in the rivers of the land of Cush would be the Nile River.  It sounds to me like the land to which the messengers of Cush are being sent is the land which is now Iraq and Iran, “a land divided by rivers”.  Iraq is divided by the two large rivers the Euphrates and the Tigris which historically flooded, which may have given rise to some of the flood passages and Noah’s Flood.  It is not clear to me who this people is, but I wonder if it is not a tribe of Israel that is being described here.

Then the passage gets a little more confusing – “All you people of the world, you who live on the earth, when a banner is raised on the mountains, you will see it, and when a trumpet sounds, you will hear it.”  This seems to be a reference to a coming event that will be known worldwide.  This could certainly be a “reflection of Him“, a reference to the coming of Jesus which has come to be known throughout the world.

The murky and confusing metaphors continue with God saying “I will remain quiet and will look on from my dwelling place, like shimmering heat in the sunshine, like a cloud of dew in the heat of harvest.”  What an interesting bit of water imagery.  It seems to be describing a God that is distant, yet present.  A presence that we are sometimes unsure even exists, like a mirage on the desert.  A “cloud of dew during the heat of harvest” is something that would be unlikely and out of place….hmmmm not a bad description of a young man from Nazareth named Jesus.  The passage ends with a reference to these people from the “land divided by rivers” bringing gifts to the Lord.  Could this be a prophetic reference to the “wise men from the East” (Matthew 2:1-2)?  I do not know.

This passage is “funny water” to be sure and contains much that I am not sure I understand.  It feels like it is open to many interpretations and meanings.  I am pretty sure there are parts that I have missed and will return to at some point with increased understanding.  Sort of like a stretch of river that you run through and realize that you could have taken a different line.  No going back up the river now, but when I run this stretch of the river again perhaps I will choose a different line.

Prayer: God You know the meaning behind this passage.  Help me to navigate this challenging part of the bible with discernment and understanding.

3 Responses to The Land of Whirring Wings