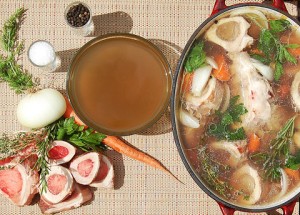 I revealed myself to those who did not ask for me; I was found by those who did not seek me. To a nation that did not call on my name, I said, ‘Here am I, here am I.’   All day long I have held out my hands to an obstinate people, who walk in ways not good, pursuing their own imaginations—   a people who continually provoke me to my very face, offering sacrifices in gardens and burning incense on altars of brick;   who sit among the graves and spend their nights keeping secret vigil; who eat the flesh of pigs, and whose pots hold broth of impure meat;   who say, ‘Keep away; don’t come near me, for I am too sacred for you!’ Such people are smoke in my nostrils, a fire that keeps burning all day. – Isaiah 65:1-5

Well, I have once again been off the water for an extended stretch, but rather than feel guilty I am going push on down the river and see where today’s passage leads.  I did not realize broth was a thing in the middle east, but I guess it makes sense that anywhere people eat meat there would be broth.  Broth is basically water steeped in meat, kind of like meat tea I guess.  I feel like there is lot of hidden meaning and metaphors just beneath the surface of this passage.  Let’s dive in and see what we can find.

The passage starts out with a somewhat cryptic and confusing reference.  God says, “I revealed myself to those who did not ask for me; I was found by those who did not seek me”.  This would seem to be the opposite of what God desires of His followers.  He wants seekers and searchers.  It sounds like He is specifically speaking to the people of Israel.  They were in fact not doing a very good job of Seeking God.  They were busy “pursuing their own imaginations”.

This idea of pursuing our own imaginations is somewhat different than the golden calfs and idols that God has rebuked them for in the past.  This rebuke is about the thought life of the people of Isreal — their imagination.  It is really hard to reign in one’s thought life.  Our imagination is both our greatest strength and potentially our greatest weakness when it comes to faithfully following God.  One minute it allows us to understand an eternal God with whom we can dwell, and the next it takes us straight into the wilderness of idolatry.

The people that God is describing have allowed their thoughts to steer their actions which are clearly leading them away from God into doing all sorts of things that were considered very “unclean”.  They were “offering sacrifices in gardens and burning incense on altars of brick; who sit among the graves and spend their nights keeping secret vigil; who eat the flesh of pigs, and whose pots hold broth of impure meat”. It is difficult for me to place myself into this cultural context, but I the actions that God is accusing the people of Israel of would be the cultural equivalent of a modern Christian urinating in the corner of the church every Sunday morning– not a pretty picture.

There is also a sense that their piety was actually keeping them from God “Keep away; don’t come near me, for I am too sacred for you”.  This is an amazing and scary thought.  Are there ways that our modern practices as God followers are keeping us separated from God?  Have we decorated the altar so much that there is sometimes no place for God?  Are we using the equivalent of impure meats to make our own broth rather than rely upon the daily bread that God has promised? Something to think about…

Prayer: God You reached down to us so that we could fly.  Help us to seek our daily bread from You rather than substitutes.