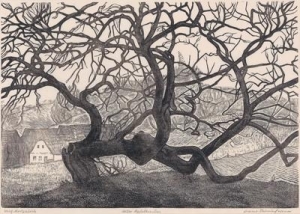 I will send four kinds of destroyers against them,” declares the Lord , “the sword to kill and the dogs to drag away and the birds and the wild animals to devour and destroy. I will make them abhorrent to all the kingdoms of the earth because of what Manasseh son of Hezekiah king of Judah did in Jerusalem.   “Who will have pity on you, Jerusalem? Who will mourn for you? Who will stop to ask how you are?   You have rejected me,” declares the Lord . “You keep on backsliding. So I will reach out and destroy you; I am tired of holding back.   I will winnow them with a winnowing fork at the city gates of the land. I will bring bereavement and destruction on my people, for they have not changed their ways.   I will make their widows more numerous than the sand of the sea. At midday I will bring a destroyer against the mothers of their young men; suddenly I will bring down on them anguish and terror.   The mother of seven will grow faint and breathe her last. Her sun will set while it is still day; she will be disgraced and humiliated. I will put the survivors to the sword before their enemies,” declares the Lord. – Jeremiah 15:3-9

The God being described in the book of Jeremiah is a bit perplexing to me.  God in this passage grows so tired of the backsliding happening under the rule of Manasseh that He is “tired of holding back”.  This picture of God is somewhat different than any I have experienced so far on my float through the bible.  I get the sense that God has lost all patience with His people and is letting them have what they deserve. I have chewed on this idea for the last week or so. What changed here to make God so angry?

As I have pondered this puzzle it occurs to me that the people of Judah and Jerusalem were not only rejecting God, but they were actively persecuting His prophets.  God has placed them where they need to be, Jerusalem and Judah, and He has given them all the resources they need to thrive and produce good fruit.  They are using these blessings to produce bad fruit.  The coming judgement sounds pretty horrendous, “I will make their widows more numerous than the sand of the sea”.

Not only are the rejecting God’s prophets they are strangling any hopes of people who want to faithfully follow God.  They are behaving like the kudzu vine that uses the tree on which it is growing to gain height and access the sun. Unfortunately it also kills the tree it is growing on in the process. God seems to be saying in this passage that he must subject the people to a refining process to rid them of this corrupt spirit.

God wanted the people to be in Jerusalem for the right reasons and using the blessing he was providing to further His kingdom.  The people have become like a large unproductive fruit tree.  God has sent many prophets to prune the tree, but they are killed.  God is left with no other choice but to cast the unproductive tree out of the orchard (Jerusalem) so that those whose choose to return are there for the right reasons.

There is a poignant reminder here for all those who follow God.  Thrive where you are planted and use the blessings God provides to further His kingdom.  The consequences of doing otherwise may not be so good.

Prayer: God help us to bear good fruit with the blessings you give and help us to thrive where we are planted to further Your kingdom here on earth.