Director of the Drops 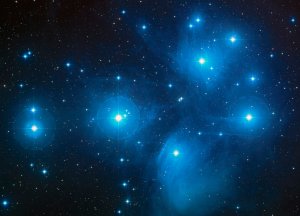 He who made the Pleiades and Orion, who turns midnight into dawn and darkens day into night, who calls for the waters of the sea and pours them out over the face of the land— the Lord is his name. With a blinding flash he destroys the stronghold and brings the fortified city to ruin. There are those who hate the one who upholds justice in court and detest the one who tells the truth. You levy a straw tax on the poor and impose a tax on their grain. Therefore, though you have built stone mansions, you will not live in them; though you have planted lush vineyards, you will not drink their wine. For I know how many are your offenses and how great your sins. There are those who oppress the innocent and take bribes and deprive the poor of justice in the courts. Therefore the prudent keep quiet in such times, for the times are evil. – Amos 5:8‭-‬13

The water imagery in this passage is beautiful and spot-on from a science perspective. The same God who set the sun, stars, and planets in motion also “calls for the waters of the sea and pours them out over the face of the land”. It was God’s idea to set the waters in motion in a grand hydrologic cycle that gives and sustains life on Earth. A world without water in motion would be a very boring and dead place. A little bit like a world without God I guess as God, in many ways, is like water.

Does that mean that God’s hand directs every drop? I don’t think so. Let me explain, or in the words of Inigo Montoya from Princess Bride, “…No, is too long, let me sum up.” God’s direction of every aspect of the hydrologic cycle, directing the drops, would remove the “freedom” of this Earth system to operate within the broad physical laws that God Himself created. It would be “rough” magic and remove the “free will” of the planet’s natural systems. I think there is a parallel between this and the free will God has granted us humans who were ultimately created by God too, but through a physical act between two humans.

Do I believe that God created the universe and us like a magician pulls a rabbit out of a hat? No. I believe He created the logos (reason) and physical laws that in turn govern the physical universe. Does God occasionally do things that are outside these physical laws? Yes. I am confident that He has and will do this when it involves our relationship with Him.  This was the case with Jesus and many of the miracles He performed that were outside the physical laws God created.

When it comes to the metaphysical world of our souls and spiritual existence are part of a spiritual cycle created by God.  Our souls are separate and distinct, and as we learned yesterday. God wants to “pluck us out of the fire” here on Earth to be with Him. Our “drop” of soul will someday be poured out and join the spiritual ocean, but there is a difference between the physical and metaphysical worlds in my opinion.  In God’s spiritual ocean we remain distinct and unique.  God knows us as individual souls and wants us to join Him, not to disappear, but to become what we were always meant to be – with Him.

Prayer: Go thank You for loving us as individual souls and allowing us to be with You if we choose to be.