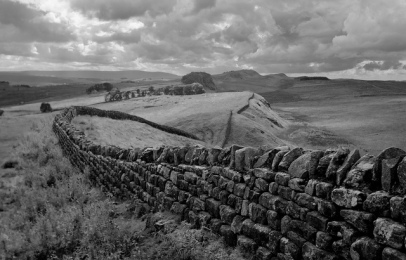 When the sun had set and darkness had fallen, a smoking firepot with a blazing torch appeared and passed between the pieces. On that day the LORD made a covenant with Abram and said, “To your descendants I give this land, from the river of Egypt to the great river, the Euphrates – Genesis 15:17-18 (NIV)

The intervening passages between Genesis 13 and this verse are mainly about God’s interaction with Lot and Abram.  This passage is crucial in that it set forth a promise that the descendants of Abram will possess the land bounded on the southwest by the Nile (river of Egypt) to the Euphrates.  It is interesting that the geographic reference in this case is two major rivers.  Water in rivers has always been used to define boundaries between countries and adjacent lands.    The border between states that border the Mississippi River in the United States have changed many times as a result of the meandering river.  Mark Twain describes it this way in Life on the Mississippi “The Mississippi is a just and equitable river; it never tumbles one man’s farm overboard without building a new farm just like it for that man’s neighbor. This keeps down hard feelings.”

Much of the land promised to Abram is now held by Arabs, giving rise to almost constant conflict and bloodshed.  It is interesting that the Lord makes this promise to Abram before he has either Ishmael or Isaac.  We often create borders between ourselves and others.  These borders can be between individuals, families, states, and countries.  These borders divide “us” from “them”, two of the most divisive words in the english language.  There are efforts to look past borders through groups like Doctors without Borders and Engineers without Borders.  What about Christians without borders?  Am I a Christian without “borders” (not just political borders).  It seems to me that Jesus gave us an amazing example of ignoring many of the “borders” created in his day.

Prayer: Lord help me to cross borders and dissolve boundaries to share your love with others.