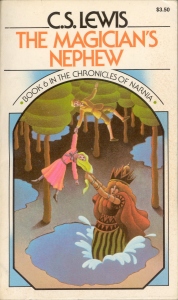 Sing joyfully to the Lord , you righteous; it is fitting for the upright to praise him. Praise the Lord with the harp; make music to him on the ten-stringed lyre. Sing to him a new song; play skillfully, and shout for joy. For the word of the Lord is right and true; he is faithful in all he does. The Lord loves righteousness and justice; the earth is full of his unfailing love. By the word of the Lord the heavens were made, their starry host by the breath of his mouth. He gathers the waters of the sea into jars ; he puts the deep into storehouses. Let all the earth fear the Lord ; let all the people of the world revere him. For he spoke, and it came to be; he commanded, and it stood firm. The Lord foils the plans of the nations; he thwarts the purposes of the peoples. But the plans of the Lord stand firm forever, the purposes of his heart through all generations. – Psalm 33:1-11

Sing to the Lord a new song…what an amazing word picture of how we are to pursue God.  We are to be always thinking and praying about how we can share a “new song” for God.  I am not a particularly musical person.  When God was giving out musical ability I think He must have blinked.  There was a time when I had a hard time appreciating music, especially “religious songs”.

I have grown to love all kinds of music now, but it has been a process and I still have no ability to carry a tune myself, although I enjoy signing — the people around might not enjoy it but I do.  I really like the sentence “the earth is full of his unfailing love”.  The picture this invokes in my mind is that of a concert hall filled with beautiful music that brings tears to one’s eyes.

Then the passage delves into the creative hand of God and the waters of the earth “He gathers the waters of the sea into jars ; he puts the deep into storehouses”  This is an acknowledgement that God put in place all that we see and know.  That does not mean that it all magically appeared in an instant.  I think the process was more organic and complex.

C.S. Lewis explored one way of envisioning creation in a fiction book called the Magician’s Nephew.  In it the Christ figure, Aslan, “sings” Narnia into existence:

“A voice had begun to sing. It was very far away and Digory found it hard to decide from what direction it was coming. Sometimes it seemed to come from all directions at once. Sometimes he almost thought it was coming out of the earth beneath them. Its lower notes were deep enough to be the voice of the earth herself. There were no words. It was hardly a tune. But it was beyond comparison, the most beautiful sound he had ever heard.” – Magician’s Nephew, C. S. Lewis

The new song we are to sing as we pursue God is really just a reflection of Him and the new song God sang when He came to earth to show us the way.

Prayer: God help us to sing a new song as we get to know You and learn to mimic Your Song.

27 Responses to A New Song