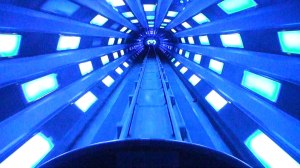 The word of the Lord came to Jonah son of Amittai: “Go to the great city of Nineveh and preach against it, because its wickedness has come up before me.” But Jonah ran away from the Lord and headed for Tarshish. He went down to Joppa, where he found a ship bound for that port. After paying the fare, he went aboard and sailed for Tarshish to flee from the Lord . Then the Lord sent a great wind on the sea, and such a violent storm arose that the ship threatened to break up. All the sailors were afraid and each cried out to his own god. And they threw the cargo into the sea to lighten the ship. But Jonah had gone below deck, where he lay down and fell into a deep sleep. The captain went to him and said, “How can you sleep? Get up and call on your god! Maybe he will take notice of us so that we will not perish.” Then the sailors said to each other, “Come, let us cast lots to find out who is responsible for this calamity.” They cast lots and the lot fell on Jonah. – Jonah 1:1‭-‬7

Welcome to the book of Jonah, home to many Sunday school stories. Jonah and the whale is one of the “all star” stories right up there with Daniel in the lion’s den and David and Goliath. What is it about these stories that make them so prominent and well known? I think in many ways they are like a star attraction at a carnival or water park. They get all the “press” and attention, but they are not always the most interesting or fun, at least that has been my experience on my float so far examining water references in the bible.

When I was growing up on the west coast the amusement park to visit was Disneyland in Anaheim California, and to a lesser extend Universal Studios. The big attraction at Disneyland at the time, as I remember it, was a roller coaster ride called Space Mountain. This ride was somewhat unique at the time, and I guess still somewhat unique, in that the roller coaster ride was mostly in the dark, in “space”. This had the effect of amplifying the thrills by preventing you from seeing what was coming next.

I confess my first ride on Space Mountain was somewhat of a disappointment. I am sure many people really like this ride. it just didn’t “blow my hair back” as a wonderful older friend of ours used to say. I actually enjoyed other rides much more. My favorites at the time were Pirates of the Caribbean, Thunder Mountain Railroad, and the Matterhorn roller coaster. All three of these rides transported you to a different place and time while they provided thrills and fun. This has been my experience when approaching well know passages and familiar waters in my float through the bible. It is usually not the “big attractions” that I find most interesting or compelling. It is the passages and stories that transport me to another time and place to experience God’s love in a new ways that I have really enjoyed and remember.

This passage, although not as well known as later passages about Jonah and the whale, is one of those passages that has been told so many times and in so many ways that it is a challenge to approach it with fresh eyes, but as Mother Theresa is quoted as saying “Yesterday is gone, tomorrow has not yet come. We have only today, let us begin.”

The passage starts out with the word of the Lord coming to Jonah. It does not provide any details about what this looked like, but apparently it was sufficiently clear to quote God saying “Go to the great city of Nineveh and preach against it, because its wickedness has come up before me”. God rarely if ever speaks to me in such clear terms. Many of my experiences of God are felt as something more akin to butterflys in my stomach or a drenching rain when God’s love flows over me at unexpected times. I have rarely heard an audible voice, although God has made His thoughts and perspective clear, when I was in the proper posture to hear Him.

It seems that despite this clear word from God to go to Nineveh Jonah decided he had better go the Tarshish. Now as I understand my geography Nineveh was near the present-day city of Mosul, Iraq and Tarshish was located in the opposite direction across the Mediterranean Sea. The location God asked Jonah to travel to was about 500 miles across land to the northeast, and the place he chose to go to was about 2,500 miles to the west across a large body of water. Certainly the water journey was more dangerous and fraught with peril as we will see. God sends “a great wind on the sea” to get Jonah’s attention. Everyone on board was frantically calling out to their deities, where was Jonah? Deep asleep in the hold of the ship. I think God is providing a metaphor here for Jonah’s spiritual posture as well as the posture of his physical body – he was spiritually asleep. God is about to wake him up!

I am convinced that God’s word to us comes in both “great winds” and whispers. The take home message for me from today’s passage is that God is in the business of waking us up when we grow spiritually “sleepy”. Sometimes He does this with a spiritual two-by-four to the forehead and other times he does it like the gentle dew of morning. I am excited to approach the book of Jonah with fresh eyes and see what hidden wells God has in store.

God has a sense of humor, as I was finalizing this post what song came up on Pandora? While you were sleeping by Casting Crowns :).

Prayer: God You have provided Jonah with a clear understanding of what You want him to do. Help us to discern Your will for our lives without the need to send a great wind to get our attention.