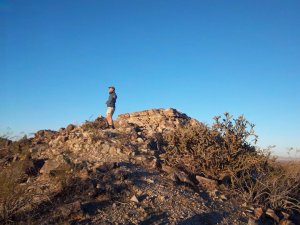 Concerning Moab: This is what the Lord Almighty, the God of Israel, says: “Woe to Nebo, for it will be ruined. Kiriathaim will be disgraced and captured; the stronghold will be disgraced and shattered.   Moab will be praised no more; in Heshbon people will plot her downfall: ‘Come, let us put an end to that nation.’ You, the people of Madmen, will also be silenced; the sword will pursue you.   Cries of anguish arise from Horonaim, cries of great havoc and destruction.   Moab will be broken; her little ones will cry out.    They go up the hill to Luhith, weeping bitterly as they go; on the road down to Horonaim anguished cries over the destruction are heard.   Flee! Run for your lives; become like a bush in the desert.   Since you trust in your deeds and riches, you too will be taken captive, and Chemosh will go into exile, together with his priests and officials.   The destroyer will come against every town, and not a town will escape. The valley will be ruined and the plateau destroyed, because the Lord has spoken.   Put salt on Moab, for she will be laid waste ; her towns will become desolate, with no one to live in them. – Jeremiah 48:1-9

The kingdom of Moab, the subject of this prophetic verse uttered by Jeremiah, is located across the Dead Sea from Judah and Jerusalem.  According to the book of Genesis (Genesis 19:30-37) the people of Moab are the offspring of Lot and his daughters.  His daughters did not think they would be able to find other men and so took it upon themselves to solve this problem by tricking Lot into sleeping with them, thus creating a strange beginning to the Moabite family tree.

Moab’s people are described as “the people of Madmen”.  I am not sure what this means exactly, but I find it interesting given that the people may have had their origin in what amounts to inbreeding in Lot’s family.  Given what we know now about genetics and the dangers of a shallow gene pool perhaps there were more “madmen” than in other populations.

This passage is warning Moab that they will be overthrown and destroyed, “Moab will be broken; her little ones will cry out. They go up the hill to Luhith, weeping bitterly as they go; on the road down to Horonaim anguished cries over the destruction are heard.”  This sounds like a scene from present day Syria or Iraq with displaced populations weeping for a home and stability.  The people are shedding tears of anguish at the seemingly hopeless situation they find themselves in.

The only hope these people apparently to “Flee! Run for yo 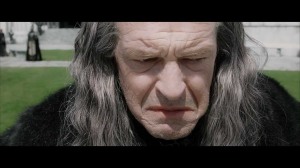 ur lives; become like a bush in the desert.”  For some reason this reminds me of a scene from Return of the King when Denethor, the steward of Gondor, emerges from his hall and strolls out to the wall only to see an army far beyond his imagination arrayed on the plain below the city of Minas Tirith ready to attack.  Denethor’s response is to yell “My sons are spent. My line has ended. Rohan has deserted us. Theoden’s betrayed me. Abandon your posts! Flee, flee for your lives!”. Gandalf thankfully whacks him in the head with his staff and yells more loudly “prepare for battle!”

Battle was not what God had in mind for the the Moabites — they needed someone to yell “prepare for exile!”.  The people of Moab are to flee and become like a bush in the desert.  What Jeremiah is telling them is that they are about to be “transplanted”, sent into exile, just like the people of Judah: “Since you trust in your deeds and riches, you too will be taken captive, and Chemosh will go into exile, together with his priests and officials.”

So their fundamental problem is the same as the people of Judah.   There is no room in their hearts for God and they are making all of their decisions as if God did not exist.  Are there ways that my heart is “sealed up” and keeping God out?  Do I behave as if God does not exist at times?  I wish I could say “no” in answer to both of these questions, but if I am honest I confess the answer is “yes” to both at times.  That is part of the droughts and rains that are my experience in following God.  I am pretty sure God know this about me and loves me anyway.  That is the truth that sets us free.

Prayer: God help us to hold firmly to the truth that You love us even when we doubt and our hearts are hard to Your love and care.