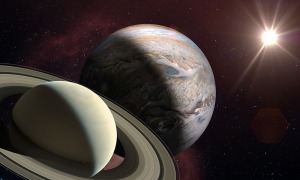 On the last and greatest day of the festival, Jesus stood and said in a loud voice, “Let anyone who is thirsty come to me and drink. Whoever believes in me, as Scripture has said, rivers of living water will flow from within them.” By this he meant the Spirit, whom those who believed in him were later to receive. Up to that time the Spirit had not been given, since Jesus had not yet been glorified. On hearing his words, some of the people said, “Surely this man is the Prophet.” Others said, “He is the Messiah.” Still others asked, “How can the Messiah come from Galilee? Does not Scripture say that the Messiah will come from David’s descendants and from Bethlehem, the town where David lived?”  Thus the people were divided because of Jesus. Some wanted to seize him, but no one laid a hand on him. – John 7:37‭-‬44

Merry CHRISTmas!  This passage is an amazing reminder of the spring of living water that arrived in the form of a baby over 2000 years ago. This baby’s parents were not rich or powerful.  They were simply obedient and willing to be part of God’s plan.   God condensed from the vaporous cloud of the old testament into a living, breathing, window between the secular and spiritual worlds.  The great conjunction that we are celebrating today occurred at a geographic location called Bethlehem, roughly 2000 years ago.  The exact place and date of this conjunction is not as important, in my opinion, as the fork in the river that occurred with the arrival of Jesus – perhaps the most important event in human history.

Interestingly, we just experienced what is referred to as a Great Conjunction (December 21, 2020).  This is when, from earth’s viewpoint, the planets Jupiter and Saturn appear to be occupying almost the same place in the night sky creating a brighter than normal “star”.  A similar Great Conjunction may have occurred near the time of the birth of Christ, and may have been the “Christmas Star” or “Star of Bethlehem” that the wise men from the east were following to find Jesus.  A celestial conjunction is a function of the laws of physics and planetary motion which have been known since Newton.  Clever mathematicians and/or computer programs can predict the timing of this sort of conjunction with amazing accuracy and specificity.

It is somewhat interesting that it is the “last and greatest day of the festival” when Jesus proclaimed something very profound “Let anyone who is thirsty come to me and drink. Whoever believes in me, as Scripture has said, rivers of living water will flow from within them.”  Jesus is referring to a previous passage in the old testament about “rivers of living water”.  I went back to explore which part of the “river” He was talking about and found a few possibilities.  I found four likely candidate, but I am sure there are others.

In Jeremiah 2:9-19 God refers to two sins the Israelites had committed “My people have committed two sins: They have forsaken me, the spring of living water, and have dug their own cisterns, broken cisterns that cannot hold water.” This would be my first choice of the verse that Jesus had in mind when He was saying to the people “rivers of living water will flow from within them.”  This was the same advice and insight Jesus gave the Samaritan woman at the well, we must access Living Water to truly live.  Really since the Garden of Eden humans have been trying to drink water from their own cistern instead of relying on the Living Water that comes only from God.

Another contender for the passage Jesus might have been thinking about is Zechariah 14:1‭-‬9.  I reflected on this passage back on July 26, 2018 in a post entitled “Twilight Time“.  Zechariah includes these lines “On that day living water will flow out from Jerusalem, half of it east to the Dead Sea and half of it west to the Mediterranean Sea, in summer and in winter. The Lord will be king over the whole earth. On that day there will be one Lord , and his name the only name.”  This was truly a prophetic reflection of Jesus and makes today’s passage even more of a time bender for sure.

In Jeremiah 17:5-13 we find “Lord , you are the hope of Israel; all who forsake you will be put to shame. Those who turn away from you will be written in the dust because they have forsaken the Lord , the spring of living water.”  I reflected on this passage back on January 25, 2016 in a post called Roots by the Stream.  In this passage God was comparing and contrasting those who trust in “the flesh”, with hearts that turn away from God, and those who trust in God and whose hearts are in a constant state of seeking after God.

Isaiah also has a reference which is a candidate for this confluence.  In Isaiah 12:1-6 it says “The Lord , the Lord himself, is my strength and my defense ; he has become my salvation.” With joy you will draw water from the wells of salvation.”  This is slightly different than the springs of living water but the meaning is clearly similar.  The connection to the conjunction of the savior and  and salvation is more clear despite the slightly different language used.  I reflected on the Isaiah passage on September 14, 2015 in a post entitled “Draw Water from the Wells of Salvation“.  I was struck by the amazing prophetic picture presented.  It includes this statement which I am even more convinced was referring to Jesus, “Shout aloud and sing for joy, people of Zion, for great is the Holy One of Israel among you”.

This passage has been just the sort of mixing of the old and the new that I expected to find when I passed the confluence between the old and new testaments.  This journey of exploring water passages in the bible has given me a new appreciation for the ways that the Bible is like a braided river.  I am like the Mole in Wind in the Willows:

“The Mole was bewitched, entranced, fascinated. By the side of the river he trotted as one trots, when very small, by the side of a man who holds one spell-bound by exciting stories; and when tired at last, he sat on the bank, while the river still chattered on to him, a babbling procession of the best stories in the world, sent from the heart of the earth to be told at last to the insatiable sea.”

What God has been giving me through this passage, and others like it, is a glimpse of the “insatiable sea” which is the Living Water that Jesus was referring to when He said “rivers of living water will flow from within them”.  I also have a new appreciation for how wide and long the river is that I am navigating in my float through the bible exploring water passages.

This passage marks my 669th post to this blog which I started back on June 22, 2014.  I am working on mapping all the passages organized by book of the bible and I hope to make more headway on this compilation over the holidays.

I hope you have a wonderful CHRISTmas!  May God’s Living Waters flow from you this season.

Prayer: God thank You for the wonderful conjunction that You orchestrated when You came to earth to help us find the Living Water to satisfy our thirst for You.

4 Responses to The Great Conjunction