A man without a people 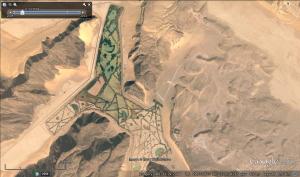 One day, after Moses had grown up, he went out to where his own people were and watched them at their hard labor. He saw an Egyptian beating a Hebrew, one of his own people.  Looking this way and that and seeing no one, he killed the Egyptian and hid him in the sand.  The next day he went out and saw two Hebrews fighting. He asked the one in the wrong, “Why are you hitting your fellow Hebrew?”  The man said, “Who made you ruler and judge over us? Are you thinking of killing me as you killed the Egyptian?” Then Moses was afraid and thought, “What I did must have become known.”  When Pharaoh heard of this, he tried to kill Moses, but Moses fled from Pharaoh and went to live in Midian, where he sat down by a well.  Now a priest of Midian had seven daughters, and they came to draw water and fill the troughs to water their father’s flock.  Some shepherds came along and drove them away, but Moses got up and came to their rescue and watered their flock.  When the girls returned to Reuel their father, he asked them, “Why have you returned so early today?”  They answered, “An Egyptian rescued us from the shepherds. He even drew water for us and watered the flock.”  “And where is he?” Reuel asked his daughters. “Why did you leave him? Invite him to have something to eat.”  Moses agreed to stay with the man, who gave his daughter Zipporah to Moses in marriage.  Zipporah gave birth to a son, and Moses named him Gershom, saying, “I have become a foreigner in a foreign land.”  During that long period, the king of Egypt died. The Israelites groaned in their slavery and cried out, and their cry for help because of their slavery went up to God.  God heard their groaning and he remembered his covenant with Abraham, with Isaac and with Jacob.  So God looked on the Israelites and was concerned about them.  – Exodus 2:11-25

Moses clearly knows that he is a Hebrew and not an Egyptian.  He seems to be having difficulty fitting into either of his heritages.  He is not really an Egyptian and the Hebrews are not sure what to do with him.  Pharaoh clearly does not feel a strong bond as he is ready to kill Moses.  So Moses flees to Midian, which from what I have read is in the northwest Arabian peninsula near the Gulf of Aqaba.  By land he would have had to cross several hundred miles of desert from Egypt — clearly he was not interested in having Pharaoh find him.

Once again a water well is the central gathering place and the place where “community” happens.  Moses stepped in to provide life giving water to the daughters of Reuel (AKA Jethro) and protect them from those that would prevent them from obtaining water from the well for themselves and their animals.  This seems like a prequel to the role that Moses will be called on to play for the entire Israelite people when he returns to Egypt to lead them out of bondage.  Moses took possession of the water at the well even though he was not from that place.

Moses became an instrument for God’s provision of water just as he would later become God’s instrument to convey the living water of God’s spirit to the Israelites.  Moses would be engaged in “watering the flock” for many years to come, it is a good thing he was able to practice here at the well.

Prayer: When I am called to be your instrument grant me the boldness and wisdom to act decisively and justly.