Blood on the ground 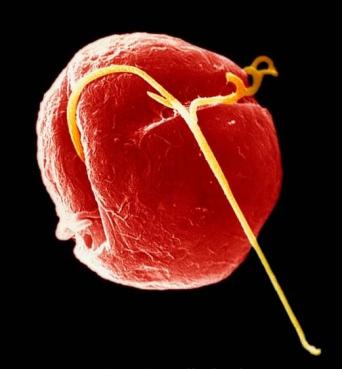 Since the last passage much has happened, Moses has resided in Midian, raised a family, encountered God in a burning bush on Mount Sinai, and been asked by God to return to Egypt and set the Israelites free from their bondage.  Moses is rightfully apprehensive about returning to Egypt.  He is not sure they will receive him with parades and rejoicing.  He was right.

Both this account and the ones to follow describe rivers and other water turning to blood.  There is actually a relatively common phenomenon that does turn rivers and water red as blood called the red tide.  The red color is due to microorganisms in the water call Dinoflagellates (algae).  These microscopic creatures are also responsible for other amazing phenomena such as glowing water referred to as bioluminescence. 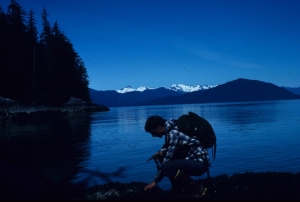 I have never experienced “red tide” to the point where the water was red but I have been turned away from clamming due to the presence of the microorganism which can produce neurotoxins in shellfish and while I was working in Alaska I experienced first hand the wonder of bioluminescence.  We were returning from dinner at the cabin of an oyster farmer named “Griz” (I am not making this up).  It was dark and we were motoring in a 15-foot aluminum skiff back to our boat.  As I looked behind the boat there was a beautiful green trail of glowing water behind the boat as we travelled.  Apparently the warmth and/or agitation of the motor stimulated the microorganisms in the water to glow.  My travelling companions told me that the same thing happens when one urinates in the water…I had to know…yep the water did in fact glow!

Water and blood…one gives life to our bodies and the other gives life to God’s creation.  By demonstrating His power over the water God demonstrates his ultimate power over our lives and the lives of the Israelites.  Changing the water to “blood” was on one level merely a “magic trick” to impress the Israelites but I think it is also prequel to the atonement that would come through Jesus’ blood and the redemptive power that it will represent.